A wide range of activities have been established by Lions International that enable clubs to capitalise on the organisational ability and experience of other lions clubs.

The National Scout Museum is in the Conference Wing of the building complex at the “Blue Skies” Conference and Training Centre in Kaiapoi – North Canterbury.
It has a permanent display detailing the history of Scouting in New Zealand starting from Baden Powell’s story and his founding of the movement, before covering the origins of Scouting in New Zealand. Kaiapoi features strongly in the New Zealand history of Scouting being where the first Scout Patrol is reputed to have been formed and early camps were held at Woodend where today a memorial cairn is located. There were many unique aspects that were introduced by Col D.Cossgrove (the first Dominion Chief Scout) who taught at the school in Tuahiwi, such as Peace Scouts, Bull Pups, and Empire Sentinels. It then covers the various age group sections and major activities of the movement. In addition to the permanent display, the museum has an extensive specialized collection of a wide array of Scouting material.
Queries and research within the collection is undertaken on request by a team of volunteer staff.

The Kaiapoi Golf Club was founded in 1907 and is situated just 20 minutes north of Christchurch on the Canterbury golf trail.  The 18 hole links course has well groomed undulating fairways and rolling greens with a computerized irrigation system within. This parkland course provides a fair test of golf for all players.  Enjoy quality golf at Kaiapoi Golf Club with wonderful views and  a clubhouse with  full catering  and bar services, ease of access and friendly country hospitality. We have a extensive practice area and coaching is available to members of all levels.

Club Vision
To maintains the club’s reputation of being at the forefront of rugby league and enhancing the sports growth, providing for all local players from junior to senior teams, including age grades, open grade, women, representative & social.

Mission Statement
The Club will effectively build, strengthen and enhance the present and future of Rugby League and the NCRL Club by promoting Rugby League in North Canterbury for all.  Promoting positive sportsmanship, in a team, family / whanau orientated environment inclusive of the general public.  NCRL are committed to providing a club that people want to be associated with – players, friends of players, family, coaches, team managers, students and sponsors.

About Us
NCRL playing under Northern Bulldogs Rugby League is situated in the heart of Kaiapoi with a population of around 11,000 people. With a number of subdivisions currently being developed, the town is constantly growing.   Predictions post the Canterbury earthquakes of 2010 and 2011 are the population will increase rapidly as the population moves north.

Kaiapoi is steeped in history as is the League Club, which was formed in 1957, under the name Kaiapoi Rugby League Club. League has always been a strong club in Kaiapoi and will continue to be so into the future.

The club caters for all grades from nursery to seniors. Over the years the club has been very successful in all grades collecting a number championship titles. We are well represented at both North Canterbury and Canterbury Country representative levels.

We are very community orientated and offer support in a number of projects about the town. Our club rooms have been utilised by a number of community on a regular basis.

Membership
We continue to offer a reasonable player membership fees for all grades. This fee goes a long way towards us meeting our day to day running costs. It also covers the weekly after match food that is provided for the junior prize giving’s.

For those who have finished their playing days we are currently working on a ‘Supporters Club membership’. This membership will be reasonably priced members discounts will be available.

Waka iti Playgroup is a community group held every Tuesday morning from 9.30am to 11.30am during school school terms. $1 entry for children 1yr and over. BYO children’s morning tea.Adults morning tea provided.
Every week activities are set up so you can enjoy spending time with your little one(s) painting, building, drawing, creating, reading or having some good conversation with other parents, carers. 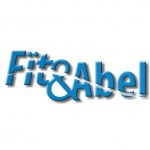 FitandAbel are swim coaches and open water swim specialists for adults. Highly experienced and very passionate Dan, Chloe and Penelope can help you wherever you are on your swimming journey, providing a fun and rewarding experience.
We have a private indoor heated 12m pool in Kaiapoi where we teach adult 121 ‘learn to swim’ and swim technique lessons, plus small group clinics.
We also host swimming events over summer around Christchurch and open water swimming opportunities through weekend Swim Camps in both Christchurch and at Lake Brunner on the West Coast. And run Custom Swims for those looking to complete their own long distance swim challenge.
So if you are looking to start swimming, have signed up for a triathlon and need swim support, or are looking to take that next step and complete a marathon swim, then touch base to see how we can assist your swimming journey.

The Holden Club Canterbury is a club that is full of lovely people and not to mention stunning cars.We meet up for car runs and picnics.

Walks all over Canterbury

Short walkers: Tuesdays 9am to noon

Medium walkers: Wednesdays 9am to 3pm

I do everything here from concept design through to making and selling my work. I turn clay into usable and beautiful objects that will last more than a lifetime. I also take all the classes and workshops here at my new studio space The Pottery Place in Kaiapoi, North Canterbury.

Walks all over Canterbury

Short walkers: Tuesdays 9am to noon

Medium walkers: Wednesdays 9am to 3pm

Business Phone Number
(03) 3279064
Business Address
25 Chester Street, Kaiapoi
Business Name
Kaiapoi Toastmasters
Business Genre
Business, Social and Service Groups
Business Description
First of all, some important points:.
►  you will never be pressured or pushed into anything
►  you will always be given positive feedback and support
►  Toastmasters welcomes everyone from all backgrounds
►  we’re non-profit

A Toastmasters meeting is a learn-by-doing workshop in which participants hone their speaking and leadership skills in a no-pressure atmosphere.

There is no instructor in a Toastmasters meeting. Instead, members evaluate one another’s presentations. This feedback process is a key part of the program’s success.

Members learn communication skills by working in the Competent Communication manual, a series of 10 self-paced speaking assignments designed to give you the foundation in public speaking.

Enhancing the play opportunities for pre-schoolers.

Kaiapoi Tennis Club is located in Darnley Square in Kaiapoi. It has modern clubrooms and six plexipave courts. It is a very active club which caters for all levels and all ages.
The Junior level of our club is large and very active . They have the Hotshots programme running with trained coaches. Coaching is also available for the older juniors.
There is social tennis for all members on Wednesday morning starting at 9.00am. This usually goes on until mid-day.
There is also social tennis on Wednesday nights starting at 6.00pm.
Saturday afternoons is also time for social tennis. This starts at 1.00pm.
The club also offers a range of competitive tennis at all levels. These matches are played on Thursday nights and on Saturday afternoons.

Woodend Nurseries is a North Canterbury company established in 1985, boasting a passionate staff with 132 years combined knowledge and experience.We are one of the few independent nurseries left in the country under the leadership of respected nurseryman Stuart Hide. The company has expanded over recent times, with an extensive selection of high quality, locally grown plants on just over two and a half acres. We specialise in Fruit, Edibles, Shrubs, Trees, Hedging, Forestry and Shelter. We also have a range of Perennials, Annuals, Roses and Dry Goods. Our range of Fruit Trees, Edibles, and Deciduous Trees is the largest in Canterbury, so you will be sure to find just what you are looking for, or we can source it for you!

By dealing with us your local grower, you will be purchasing plants that we have produced ourselves and are hardened to the environment. We only grow the best performing varieties that are suited to our Canterbury conditions. In selection we look for autumn colour, pest and disease resistance, suitability to climate and soil conditions and the height of the mature plants, just to name a few. Other factors that we also take into consideration when growing a plant, are sucker prevention, early fruiting ability, sturdier and straighter growing plants, form and vigour. Woodend Nurseries also specialises in fruit trees, selecting varieties for their suitability of the Canterbury climate, pest and disease tolerance, pollinating ability, fruit quality and quantity.For all plants we strive to grow only the best commercial varieties, so you are choosing the very finest quality available, and we back that up with an in-depth level of expertise.